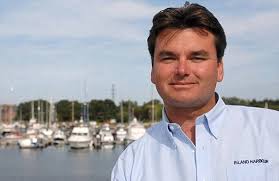 THE disgraced former owner of BHS is facing a legal battle over allegations that he misappropriated hundreds of thousands of euros from a Cadiz oil depot.

Olivia Petroleum, which owns Istamelsa storage facility in the port of Cadiz, is reportedly preparing a denuncia against Dominic Chappell and his wife Rebecca.

Chappell is accused of taking ‘improper payments’ from the company, owned by accountant Steve Rodger, to spend on yacht accessories as well as sending his wife money.

In total, Chappell reportedly took €368,800 from the company.

It comes as the former racing driver and his Gibraltar-based company Olivia Investments face a parliamentary inquiry over his disastrous handling of the stricken retailer BHS.

Chappell, 49, claims to have financed last year’s BHS takeover by his consortium Retail Acquisitions with funds from the Gib-based firm.

BHS collapsed in April with a pension deficit of £571 million, putting 11,000 jobs at risk.

Ironically, Chappell sighted his ‘very successful’ stint at Olivia Petroleum as a bargaining chip in his BHS takeover bid.