BEERS and bratwursts will be aplenty at Torrox’s annual Oktoberfest.

Celebrating the area’s large German population, the town will be awash with lederhosen for three days from September 16.

With 60 food and drink stands as well as a live music stage, mayor Oscar Medina describes the festival as a ‘bl 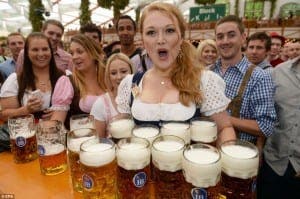 end of German and Spanish cultures’.

“Torrox is happy to embrace its German inhabitants through the Oktoberfest,” Medina said. “The festival will take place near Urbanizacion Bau Hoffman which has been home to thousands of Germans since the 1970s.”