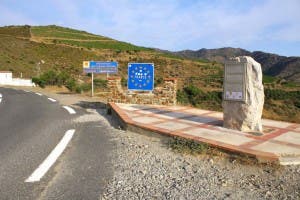 A MIGRANT has been cleared of entering France illegally because the country’s border police arrested him 3.9 inches inside Spanish territory.

The Moroccan man was removed from a coach at the Perthus motorway border crossing in south west France.

He was taken to a detention centre before he appeared in a court in Perpignan.

His lawyer Christopher Poloni argued that the border between France and Spain, agreed in the 1659 Treaty of the Pyrenees, determined marker posts that are half a mile apart but are not actually shown on the ground.

According to Poloni, a line drawn between the two nearest markers showed his client was 10cm inside Spain when he was arrested.

The migrant has been released and the court ruled that he is now eligible to apply for asylum in France.