THE poet William Blake was extolling England, not Greenland, when he wrote of a ‘green and pleasant land’.

But I plan to look at both in the context of the Brexit referendum, as well as Scotland, Wales, Northern Ireland and Gibraltar.

Firstly, why is Greenland relevant? It has been part of the Kingdom of Denmark since 1397. Of course the Danish kingdom that joined the European Community in 1973 included this huge icy territory but in a referendum in 1982 the Greenlanders voted to withdraw from the EC, so part of the Danish realm is in what is now known as the EU and the larger part is outside.

Thus the question asked by some since June 23 is why should similar provision not be made for the United Kingdom with England exiting from the European Union and the countries sometimes referred to as the ‘Celtic Fringe’ and Gibraltar which voted to remain, remaining?

It was certainly an idea which Scotland’s First Minister Nicola Sturgeon and Gibraltar’s Chief Minister Fabian Picardo discussed when they spoke as early as June 27 and again since. 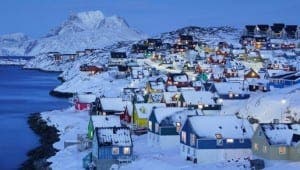 Under the internal legal arrangement of the UK and Gibraltar there would not seem to be any conceptual difficulty in effecting what has come to be called a ‘reverse Greenland’ – England out and Northern Ireland, Scotland and Gibraltar in. After al,l they have always been different jurisdictions with distinct legal systems and the EU is nothing if not a legal construct. (Wales may be a different matter since it has effectively been the same legal jurisdiction as England since 1536).

Moreover, Gibraltar shows how it is possible for the UK ‘Member State’ to have a different regulation within the EU; although Gibraltar has been part of the EC since 1973 and post the Maastricht Treaty in 1992, part of the EU, it has always been outside the customs union and VAT area and is exempted from the Common Agricultural Policy. Similar examples can be found in the Schengen Agreement of which the UK and Ireland never ratified and of course the single currency of which several countries opted out.

Practical difficulties of a reverse Greenland? No doubt, although Northern Ireland and Gibraltar are separated from the British mainland by bodies of water as is Greenland from the rest of Denmark.

Political issues too; would a reverse Greenland signal the break-up of the United Kingdom? The 1982 referendum does not appear to have weakened the Danishness (‘Danskhed’) of Greenland but certainly the Spain among others recoil at the idea of allowing for the creation of a precedent for Catalunya and the Basque country seceding from Spain.

Holyrood and No 10 Convent Place have gone a wee bit quiet on the reverse Greenland option since July so maybe it has been discounted. Indeed, the latest from Nicola Sturgeon is that she is looking to influence the Government in London for what she has termed a ‘soft exit’ – time will tell.