FORMER boxing world champion Ricky Hatton’s fall from grace has been as dramatic as a heavyweight hitting the canvas. 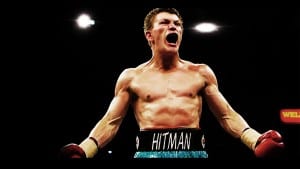 days in Tenerife, a far cry from the glory days when thousands of fans followed him to Las Vegas for bouts against the likes of Floyd Mayweather and Manny Pacquiao.

Just two days before Irishman Stephen O’Hagan received a brown jaw, eye socket, nose and wrist after the hitman reacted badly to a joke about Manchester City during the Manchester derby.

Both incidents are said to have happened in the same Irish bar near to where Hatton now lives.