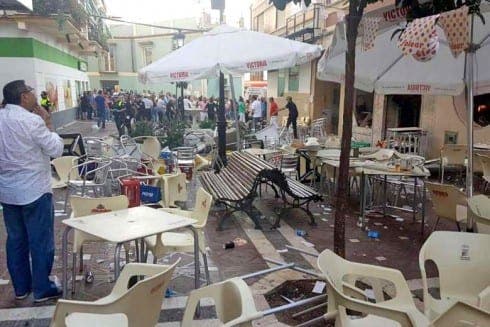 FIVE people have been seriously injured after a gas cylinder explosion at La Bohemia cafe during a festival on Saturday evening in Velez-Malaga.

Video footage posted on social media showed people fleeing the cafe after the explosion, with the street outside covered in debris.

Customers of the cafe were alerted to a blaze in the kitchen by a cook which gave many the chance to escape the premises before the gas cyclinder exploded.