SPANISH nurses in the UK are rushing to ‘come home’ post Brexit according to reports.

The NHS has started 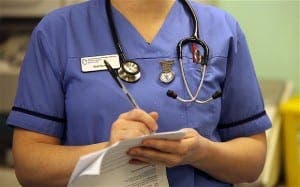 to look further afield to the Philippines and India to keep up with the sudden decline in staff.

Leicester Hospital has reported that it has seen a surge in the worried healthcare workers increasingly halting plans to bring their family from Spain over to the UK.

Julie Smith, chief nurse at Leicester Hospital said: “Those from Spain particularly want to go back. People are worried about their ability to return to their home nations. About 20 nurses have gone back following Brexit. “Quite a number were about to move their families over there but now feel this is a risky move.”