STEVEN WOOLFE is in serious condition following an altercation at the European Parliament in Strasbourg.

The contender for the UKIP leadership reportedly collapsed after being punched during an altercation with fellow MEP Mike Hookem.

Nigel Farage, who has become the party’s interim leader until someone new is elected, said: “I deeply regret that following an altercation that took place at a meeting of UKIP MEPs this morning, that Steven Woolfe subsequently collapsed and was taken to hospital. His condition is serious.”

The altercation is said to have followed a tense meeting of UKIP MEPs.

According to a source, Woolfe was confronted by Hookem over rumours that he had considered defecting to the Conservatives.

Woolfe is said to have lost his cool following ‘a few choice words’ form Hookem.

The source said: “Steven Woolfe has then taken his jacket off, walked over and said, ‘Right, you outside now’ or words to that effect,”

“They went outside and Steven Woolfe got the brunt of it.”

Reports say Woolfe walked away from the fight at 10am and appeared well enough to vote in the Parliament a mere 30 minutes later.

However he had to leave half way through and collapsed before being taken to hospital. 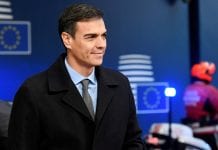 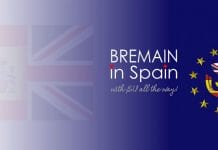 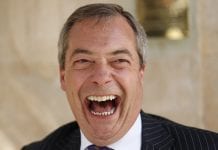 Brexit: What’s happened one year on after the EU referendum