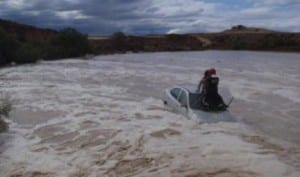 A 60-YEAR-OLD man has drowned after his car was swept away in a flash flood in northern Spain.

Heavy rainfall across Catalonia blocked roads and train lines and cut off power to hundreds of homes.

There was a record amount of rain in the Cabrils valley with more than 205 litres per square meter falling in less than four hours. 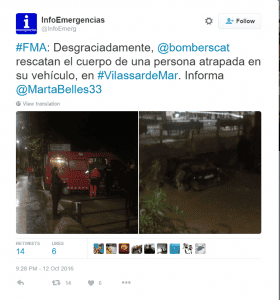 He reportedly ignored a cordon and drove into an ‘at risk’ area.

Rainfall across most of Spain brought an end to this year’s long and dry summer yesterday.