RACIST, anti-religious and homophobic abuse incidents rose by 41% in the month after Brexit, new figures reveal.

The Home Office said the sharp increase declined in August but has ‘remained at a higher level than prior to the EU referendum’.

Some 79% were motivated by race hate, 12% by sexual orientation, 7% by religion, 6% by disability and 1% were transgender hate crimes. 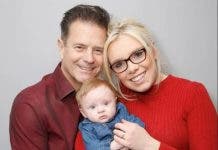