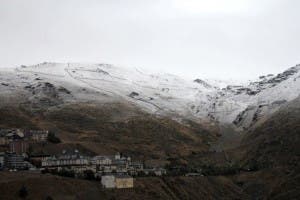 As the Costa del Sol and large parts of Spain have been battered by rain for the best part of 48 hours, snow has fallen on the peaks of the Sierra Nevada mountains.

The region’s skiers will be rubbing their hands together as between 2 and 10cm of snow fell on the Granada mountain range last night.

It comes after a light dusting of snow signalled the season’s first snowfall on September 21.

Unusually early this time of year, heavy snow is not normally not seen on the popular ski resort until early November.

The Sierra Nevada usually opens its ski slopes from November until May. 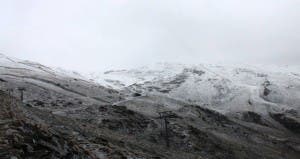