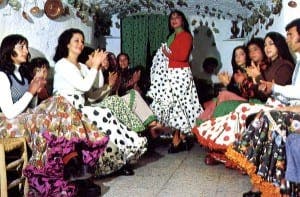 FEWER people are living in gypsy camps in Spain, statistics have revealed.

An increasing number of young gypsies are abandoning their traveller roots across the country.

In fact, the number of gypsies living in camps has reduced by 70% over the past 20 years.

Government officials put this down to greater acceptance and inclusion of gypsies in the educational system (more than 93% of children now attend school in Spain).

As few as 2% of the total gypsy population represented on the Iberian Peninsula still live in traditional camps.