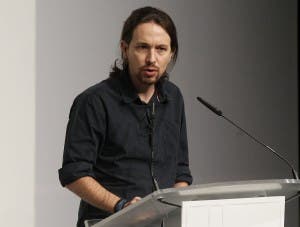 PODEMOS leader Pablo Iglesias has insisted it was a matter of ‘good luck’ that a fellow party member made €20,000 profit on the sale of a subsidised home in 2010.

News of the sale has caused public fury as Ramón Espinar, who was not a Podemos senator at the time, has been an outspoken critic of speculating on public housing.

Espinar admitted that he bought the home in Alcobendas, north of Madrid, and resold it just months after signing the title deed, earning him profits of around €20,000 after tax.

But Pablo Iglesias said that Espinar simply got lucky when the price of public housing increased between 2007 – when he made his first down payment on the apartment – and 2011.

Official government sources have also confirmed that Espinar failed to sign up to the Young Housing Program, which is a requirement for people wishing to apply for a subsidised home.

Podemos leaders have closed ranks around Espinar, playing down the sale and claiming the news frenzy is part of a media conspiracy.