WHATEVER Brexit ultimately means – and neither Westminster nor Brussels seem to have much of a clue – foreign exchange markets have reacted with alarm to the uncertainty,  affecting Brits planning to buy property in Spain, among many. 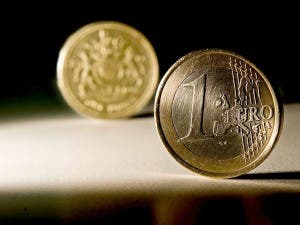 On June 22, the day before the referendum, one British pound was worth €1.30 and already down 10% on its November 2015 value. By July 6, less than a fortnight later, sterling had tumbled by a further 10% against the euro to a little over €1.17€.  At the time of writing, £1 is trading at a tad more than 1.10€, despite Britain’s latest better-than-expected inflation data, with most analysts not expecting much improvement before the year end.

If you live in the UK and used pounds to buy a Spanish property at pretty much any time over the last decade – with the exception of the 12 months from December 2008-November 2009 – the chances are you got a much better deal converting sterling to euros than you would get right now or in the near future.

As a result, if you’re thinking of selling in Spain with a view to either retaining the proceeds in euros or converting them back into pounds, you’ll be quids in for quite some time to come or at least until the day dawns when QE2-faced banknotes are worth little more than ‘papel higiénico’ across the channel.

Should you be among the lucky Brits who bought in the right place at the right time, you will have already seen the value of your Spanish property rise during the gradual recovery of the last three years. But you also stand to benefit if you plan to purchase another place in the sun.

While the prime locations on the Costa del Sol, such as Marbella and Estepona, have already seen sales volumes rebound to pre-crisis levels, there are still bargains to be had in new property, even in the most in-demand areas and even if you’re planning to use British pounds to fund the purchase.

According to the Ministry of Public Works, Spanish house prices remain well down on the all-time high of just over €2,100 per square metre, which they reached in the first quarter of 2009. In the second quarter of 2016, the average price per square metre of a home in Spain stood at €1,506, equivalent to £1,345 at the time of writing.

Given that according to Halifax bank data, the average price per square metre of a house in the UK is £2,216 (2,482€), buying a home on the Costa del Sol, where the sun shines 325 days a year, where the winters are no cause for discontent and where the living is easy most of the time, the beleaguered British pound will still buy you much more here than it would in the Brexit Isles.