TWO Dutch teens who went missing in Spain on Tuesday have been found alive and well. 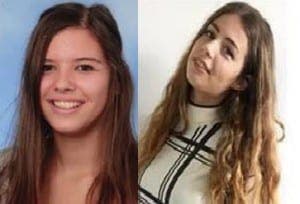 Sixteen-year-olds Femke Lucas and Sam Bruijs were found in Albufeira in Portugal, over 400km from where they were last spotted on CCTV in Malaga.

Spanish and Dutch police had been searching for the pair since they unexpectedly caught a flight from Eindhoven to the Andalucian province on Tuesday night.

The Dutch force said officers tracked them down in the Faro holiday resort following a tip-off.

They had previously been working off information that the girls, who left without taking any luggage or mobile phones, may have travelled to Marbella.

Angelica van der Heijden, a spokeswoman for the family, told Dutch newspaper Telegraaf that they had “slept in a hotel.”

She added to Dutch broadcaster NOS that the families wanted to understand the motives for the girls’ disappearance before making a public statement.

One of the girl’s fathers has gone to the area to collect them. He flew to Spain earlier in the week to join the search.

CHINWAG OVER THE CHORIZO! EXCLUSIVE: ‘Like any normal couple’ the King and Queen of Holland booked a restaurant and chatted to tourists and staff...