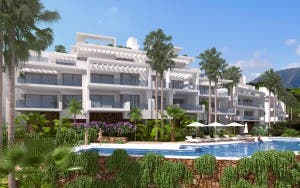 A luxury housing development is to receive €250 million investment.

London-based Round Hill Capital is the developer behind the ambitious Palo Alto 75 home project in Ojén, which will start to be constructed in January.

A health club and a business centre will also be built and residents will benefit from 24-hour security.

José Antonio Gómez Sánchez, mayor of Ojén said the project would benefit the whole of the Costa del Sol, due to the fact that “it will invigorate the area, both socially and economically.”

WATCH: Sobbing Marbella cyclist picks up dead birds ‘massacred by glass wall’ designed to cancel out noise for nearby urbanisation