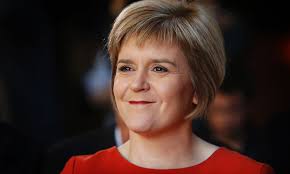 NICOLA Sturgeon has demanded the UK to retain single market access after Brexit.

But Sturgeon also argued that Scotland could stay in the EU trading bloc and secure a separate deal along with Northern Ireland and Gibraltar.

“I accept that there is a mandate in England and Wales to take the UK out of the EU.

“However, I do not accept that there is a mandate to take any part of the UK out of the single market.

“It would make no economic sense whatsoever for the UK to leave the single market. It would be entirely democratically justifiable for the UK to remain within it.”

Sturgeon is expected to discuss her plans with prime minister Theresa May in January.