THE eight richest people in the world have as much wealth as the 3.6 billion poorest, a new study has suggested.

The report by Oxfam, which some critics have queried, comes from improved data, which the charity says shows the gap between rich and poor is ‘far greater than feared’.

The new data shows that the poorest have less wealth than previously thought, particularly in India and China.

The charity has now called for an overhaul of a ‘warped’ economy that allows one in nine people to go hungry.

Oxfam GB chief executive Mark Goldring said: “This year’s snapshot of inequality is clearer, more accurate and more shocking than ever before.

“It is beyond grotesque that a group of men who could easily fit in a single golf buggy own more than the poorest half of humanity.

“While one in nine people on the planet will go to bed hungry tonight, a small handful of billionaires have so much wealth they would need several lifetimes to spend it.”

The report comes ahead of the high-profile World Economic Forum in Davos, which critics say is little more than a talking shop for the rich and powerful.

Oxfam says leaders need to improve international cooperation to put an end to tax dodging, and encourage companies to act for the benefit of staff, not just their shareholders.

They also argue that the wealthy should be taxed more to fund healthcare, education and job creation.

Many have given billions to charity throughout their careers. 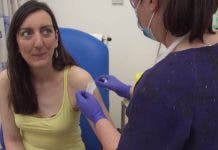 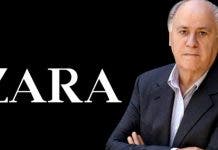