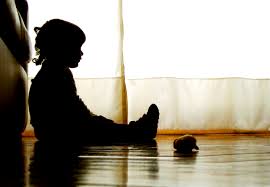 Save The Children in Spain wants victims to have more time to report abuse after the government revealed recognised offences increased by 5% in 2015 compared to the year before.

The charity has requested that a statute of limitations, a set time period after which prosecutors cannot charge someone with a historic crime, are not imposed until the victim reaches the age of 30.

This is much higher than the current age of 18, after which victims only have between five and 15 years to report the crime, depending on its severity.

The change would  give them more time to understand the full extent of their abuse and pluck up the courage to denounce the perpetrators.

“More cases of child sexual abuse come to light, but this crime is still a taboo”, said Andrés Conde, director of Save the Children in Spain.

“Violence against children is a hidden problem, and the numbers of complaints are just the tip of the iceberg.

“We lack mechanisms to allow children to denounce and that means that many cases go unknown and go unpunished.”

According to the Ministry of the Interior, reports of the offence increased to 3,919  in 2015, 5% more than the year before.

Jo Chipchase - 28 Jun, 2022 @ 10:36
BRIT Andy Baily, an ex-farm manager, rugby player and inseminator, moves his family from Somerset to a remote mountainous region in Andalucía. In his book,...