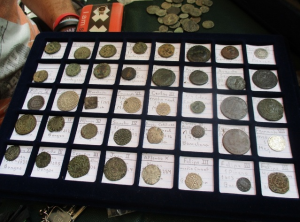 SPANISH police have arrested 75 people as part of a Europe-wide crackdown on cultural theft.

The culture ministry announced that it has recovered over 3,500 stolen artefacts as part of the crackdown, which began in October and involved the collaboration of 17 other European countries.

They also recovered almost 500 archaeological objects in Murcia, including 19 stolen from the city’s museum in 2014.

Many other artefacts were looted from various countries during times of war.

More than 48,000 people were investigated in the probe, nicknamed Pandora.