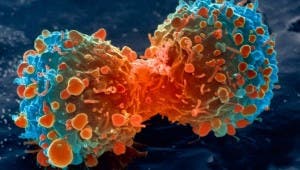 MALAGA is to be put at the ‘forefront of the fight against cancer’, the Diputacion president Elias Bendodo has announced.

A pioneering breast and prostate cancer research unit is to move into the nursing college building at Malaga’s Hospital Civil.

The prostate unit is already in existence at the Institute of Biomedical Research in Malaga’s Clinico Hospital premises. But due to a pressing need for space it has asked to move into the nursing unit, which though five years old has never been used.

It is hoped that the project, backed by the government, the Junta and the University of Malaga, will turn the provincial capital into a major international research centre.