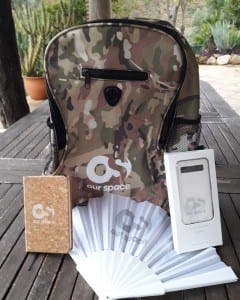 BACK in the boom decades of the Nineties and Noughties, as an established member of the freebooting press I used to get showered with all sorts of freebies and goodie bags.

In those days I was the editor of a commercial property magazine, based just off City Road.

The buzzword in those days was ‘urban regeneration’ and bodies such as the London Docklands Development Corporation had generous PR budgets to spend.

Lavish ‘research’ trips were laid on, most notably to the MIPIM international property exhibition in Cannes, where the LDDC laid on a marquee on La Croisette to watch England play Wales.

We all received LDDC rugby shirts, lowered the European Wine Lake by about three metres and ate mountains of roast beef sandwiches.

On my return to Marbella, I was delighted to find that developers were equally as lavish whenever they opened a new development.

Hardly a month went by when I didn’t attend a function, and I received so many invites that I began to grade then on the standard of press gift received, with a branded baseball cap rating a five.

Then the financial crisis loomed and all of that came to an abrupt halt.

So I trudged along to the recent opening of the Our Space office in Marbella, expecting to receive my modest and now more usual con gas and a canape.

With acrobats, dancers and a fire breather or two I’m sure I spotted as well, however, this wasn’t your usual service office opening but more of a Hollywood red carpet affair.

Tight for time, I alas forsook my usual opportunity to graze the buffet – and I can graze a buffet in the way that a herd of ravenous wildebeest graze the Serengeti, trust me. Instead I had a quick guided tour of the admittedly impressive facilities, made my apologies and left.

As I trotted off down the stairs, however, a smiling PR person popped a goodie bag in my hand.

The rather trendy, camouflage rucksack contained a press release, as well as a rechargeable battery, a cork-covered notebook and a branded fan perfect for those hot summer deadline days, and I reinstated my ranking system with an impressive nine!

Who knows, this could be proof that the green shoots of recovery really are with us!