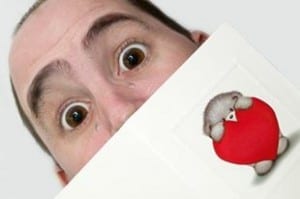 As I hurtle towards my 50s like an out of control bobsleigh on the Cresta Run – less than a year to go now – I’ve been reflecting on my own mortality.

When you have lived the kind of lifestyle that I have, which has included fast cars, late night escapades (and that’s putting it mildly) and a succession of pissed off bartenders and bouncers, it’s a wonder that I made it past 27 to be honest.

So I was imagining what my last words would be.

I was hoping that they would be something along the lines of “it is a far far better thing that I do than I have ever done before” or something equally heroic.

But a recent close shave with the Grim Reaper revealed that my ultimate utterances will probably be something much more mundane.

I was trundling back to the casita in the Tank – my ancient 4×4 – last week just after dark.

As I rounded a bend in the road, the biggest, baddest wild boar I have ever seen broke cover from the campo and shot across the road right in front of me.

I ran over and killed a small boar on the same road a few years ago, but this was a much bigger beast, with an impressive set of tusks that glinted in the headlights!

“Wooooooaaaaaaaah”, I shouted, as I yanked on the steering wheel and hit the brakes, sailing past the boar with inches to spare.

Had I hit him, it would have done serious damage to both him, the Tank and possibly even myself. There was no time for a few noble words, just a high pitched shriek.

My passenger’s final words, however, were even better.

“Piggy!!!” she yelled, as the jurassic boar hot tailed it back into the undergrowth.

Perhaps I should work on a few, pre-prepared last words for next time.

“Well, that’s a bit of a boar”, delivered in my best Austin Powers voice, should do the trick.

Another Valentine’s Day came and went and, beautiful handmade cards from my youngest Goddaughter aside, my letterbox remained untroubled.

One of my friends, however, revealed that that they had been on a local dating app and was contemplating a date.

“What was it called? Contactos de Coin?”

This lead to a frenzied discussion of what other local dating apps there might be out there.

I am now on the lookout for ‘Intimos de Istan’ or ‘Amorosos de Alhaurin’.

And I am definitely not responding to ‘Freakies de Fuengirola’ or ‘Hornies de Jerez!’

Jon Clarke (Publisher & Editor) - 10 Apr, 2021 @ 16:00
BEING the capital city of Andalucia, the dining scene in Sevilla is unsurprisingly diverse. Famous for its central tapas bars, where locals typically tapear at...

Real Madrid star Marcelo in danger of being hit with €2,700 fine for breaking COVID rules to visit Valencia...