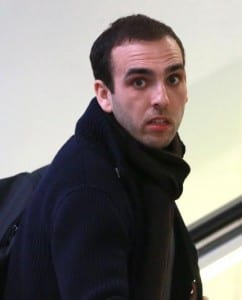 IRISH mob boss Christopher Kinahan jr is mourning the death of his daughter in Spain.

The young girl died with her family present on March 31 after a lengthy illness.

“He hit the booze pretty heavily and is very cut up about it.”

Kinahan has been tasked by his father, the notorious Christy ‘Dapper Don’ Kinahan, with the money laundering operations of the cartel along with managing property assets.