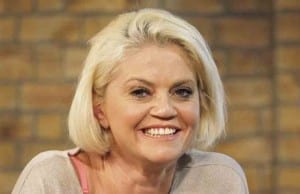 RECOVERING alcoholic Daniella Westbrook has opened a bar in Marbella.

The actress, who left Mijas’ Villa Paradiso rehab centre in March, said she doesn’t see the new endeavour as a problem as she will be working from ‘the other side of the bar’.

The 43-year-old said: “I am better on the other side of the bar, I am a people person. I’m known for nightlife and DJing anyway in Ibiza.

Speaking on UK TV chat show Loose Women, the former Eastenders star was asked if returning home from Spain was a trigger for her alcoholism.

“Not for me personally, we are creatures of habit like animals, we need structure in our life. I’ve just opened a bar with a friend of mine in Spain.”

She added:  “I wanted something to put my money into. My son’s dad is Spanish, he speaks Spanish. I want something that he can do and have a nice life.

“I am still going to work and act, it’s just an investment for me and my son.
“I’m not there everyday.”