MALAGA centre-back Martín Demichelis has announced his retirement from football in a tear-filled press conference.

Demichelis, 36, only rejoined the club in this year’s January transfer window, but has decided to call time on his 17-year career.

The former Argentina international had two stints at La Rosaleda, the first beween 2011 and 2013, totalling 86 appearances.

He won the Bundesliga five times with Bayern Munich, the Premier League once with Man City, and was a runner up in the 2014 World Cup with Argentina.

He said: “I’m grateful to this profession but more so to Malaga for extending my career as a player and giving me the determination that a player needs to continue to be a professional and compete.

“I always thought that it would be a dream to end my career at Malaga and today I’m doing it.”

Demichelis thanked head coach Míchel and added he would now be a Malaga supporter. 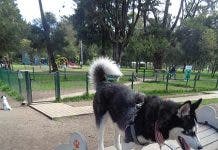