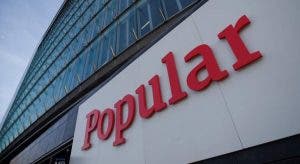 BACK in 1993, the London-based IBCA rating company, later absorbed by Fitch Ratings Inc., hailed Banco Popular as the most profitable bank in the world, for a fifth time in a row.

And Just over a year ago, the bank issued €2.5 billion worth of new shares, subscribed by both consumers and institutions investors.

Fast forward 24 years from the heyday of the bank and it is worth exactly €1, to the dismay and horror of hundreds of thousands of shareholders who have lost everything, literally overnight, victims of a bank that suffered terminally from the uncontrolled lending that financed the previous construction bubble.

Santander Bank was ordered by the Single Resolution Board (SRB) -an independent agency set up by the European Commission in 2015 and charged with winding down banks- to take over Popular for a symbolic price, €1, a rescue that has been free from cost for Spanish taxpayers.

But the terms of the takeover of Popular are likely to be challenged in court; whilst shareholders dub the EU-sponsored operation ‘expropriation’, ‘confiscation’ or ‘daylight robbery’, several peripheral law firms (larger firms are always on banks’ payrolls) are lining up to grab a piece of the impending litigation cake.

For its part, the largest Spanish consumer group OCU sent a letter to the Bank of Spain and the Ministry of Economy demanding that Popular’s 300,000 retail investors should have claims heard quickly, rather than the years that it normally takes to resolve.

And on the firing line Santander bank, universal successor of the disappeared bank and the Spanish authorities, allegedly responsible of a gross supervisory failure to warn the public of this disaster.