IT’S a night that’s as symbolic as it is spectacular.

Celebrating the summer solstice, Noche de San Juan is marked by the burning of colossal bonfires or ‘júas’.

It might seem an odd thing to do in this heat to add more fire to the flame, with revellers drinking and dancing around the blazing infernos well into the night.

But at least the sea is nearby to cool them down afterwards.

And, as is tradition, those celebrating make haste to the shoreline to rinse their feet in a ritual akin to a baptism – for good luck during the season.

Many also write down their hopes for the coming year on a piece of paper and thrust it into the fire triumphantly.

This year, the pagan-rooted extravaganza is happening from June 23-24 all over Spain.
Here are our picks on where to celebrate in Andalucia. 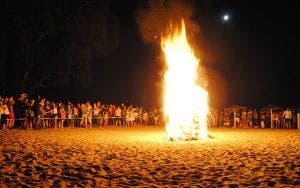 Marbella
Multiple venues all over Marbella are celebrating the night in their own way – whether that’s at a bar with live music, or swanky beach clubs where you pay a set price for entrance and dinner.

Fire jugglers and musical performances are among some of the highlights, and popular haunts include Puente Romano Playa, Besaya Beach and Siroko Beach, with festivities beginning at around 8pm. In San Pedro, the party starts at 7pm, with food and drink stands lining the beachfront, and a modelling competition and concert on Playa de la Salida. 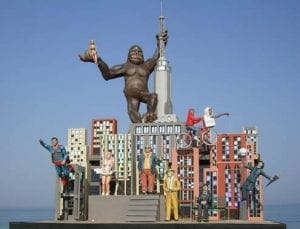 If any town in Andalucia knows how to celebrate this magical night, it’s San Luis de Sabinillas. Every year, huge, colourful statues are waiting on the beach to be set ablaze in a party that will light up the sleepy town, bringing hoards of party goers from all over.

One of the traditions is to leap over fires to ward off bad luck, although we advise watching over participating in this particular ritual. And not only do the júas get burnt, but also unwanted objects like furniture and clothes. 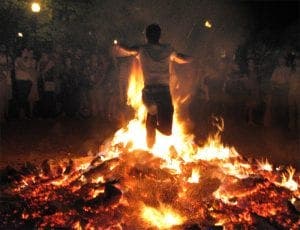 Nerja
Thousands of residents and tourists make their way to Nerja’s beaches for the famous celebration each year. The tradition is to wash your feet in the sea three times, and in Nerja, it’s common to pitch a tent and enjoy the festivities all night.

Beautiful Burriana beach is one of the most popular spots in town, with sardines being roasted on open fires and concerts bringing a lively atmosphere to the coast.

Then there’s El Playazo beach, which is equally as busy but less formally organised, with bars and improvised parties happening all over. Wherever you decide to celebrate, bring plenty of food and drink and get ready to watch the sun rise on one of the shortest nights of the year. 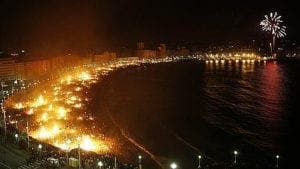 At twelve o’clock sharp when the Malagueno crowds are well and truly warmed up, the extravagant sawdust-filled júas are set alight in a blaze of glory.

These structures are crafted by residents and usually represent popular characters, and though they usually disintegrate within minutes, the fires themselves stay alight well into the night. Two of the most popular beaches to celebrate in the city are Malagueta and Misericordia beach, where you’re likely to see fireworks as well as the raging bonfires. 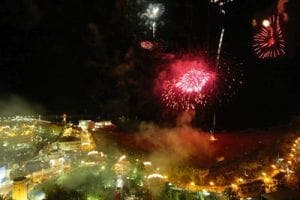 Benalmadena
One of the Costa del Sol’s most popular resorts celebrates San Juan in several locations. They include Arroyo de la Miel, is where the bonfires are burnt, and at Bil Bil Castle beach which hosts a spectacular fireworks show, with families and friends congregating to celebrate the unique and distinctively Spanish festival.

Directly following this will be the San Juan fair in Arroyo de la Miel, from June 24 to 29, which honours the patron saint Saint John, with dance and music performances that attract thousands of locals and tourists to the Plaza de la Mezquita.