SALES on the Costa del Sol have fallen for the first time since 2011, but there is nothing to worry about, insists Marbella’s leading agent. 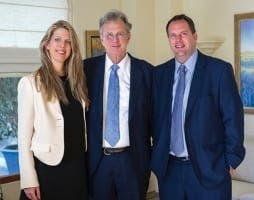 According to Panorama’s annual Property Market report, Marbella, Estepona and Benahavís collectively saw a drop of 5.97% on the official index of number of sales in 2016 compared to 2015.

But the in-depth report, written by director Christopher Clover, says the decrease is perfectly normal after so many years of increasing sales following the 2008 financial crash.

“Since 2012, most of the distressed properties have been sold, even though there remain some excellent bargains in all price categories and in most areas,” explains Clover, whose agency has been established for nearly five decades.

“The majority of buyers who had waited so long were finally able to buy confidently and at exceptional prices,” he writes in his report.

“Now that the dust has settled, the volume of sales has naturally readjusted to the figures we saw in the pre-crisis years of 2007.”

Panorama, Marbella’s longest established real estate agency, opened its first office in Marbella in 1970 with Chris taking the helm in 1973. It is now run in collaboration with his children Alex and Katinka.

Alex Trelinski - 6 Dec, 2022 @ 12:45
A Guardia Civil officer has been stripped of his job and jailed for four years, after issuing unfair fines against a neighbour he did...