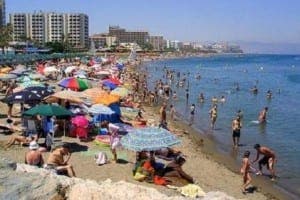 FOREIGN tourists contributed a staggering €3 billion to the Andalucian economy in the first quarter of 2017.

According to the National Statistics Institute (INE), the astonishing figure is a 15.1% increase on last year.

It places Andalucia third in terms of money made from international visitors, behind Catalonia and the Canary Islands, who are first and second respectively.

And despite Brexit, the spending by Brits increased by 7.7% in April compared to last year.

Andalucia came second in terms of the length of stay, with tourists spending an average of 8.5 days in the region.

At national level, the data up to April shows a year-on-year increase in foreign tourism of almost 20%, with a gross amount exceeding €20 billion.

Last year saw the country rake in a record-breaking €77 billion from international tourism.