POLICE have discovered the bodies of two expats in their Costa del Sol home.

The bodies of a 71-year-old man and 80-year-old woman, husband and wife, were found yesterday afternoon in separate rooms of their apartment. and are believed to have been there between 10 and 15 days.

The woman was reportedly lying on her back and fully clothed, while her husband was found partially clothed in the front room in their Sabinillas apartment. 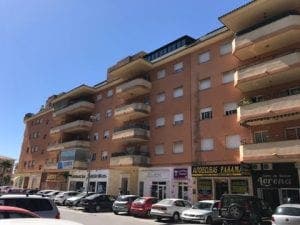 The bodies, which were badly decomposed, were discovered after the couple’s son raised the alarm after not hearing from them for some time.

Neighbours called the authorities, but it is not yet clear who found the bodies first.

A forensic pathologist spent several hours examining the scene before the bodies were removed.

A police source said: “Until the cause of death is known nothing is being ruled out.

“It is clear they have been dead for some time and so the cause of death is not evident.

“The post-mortem examination should establish the cause of death.”

No weapon was found but a post mortem examination is being carried out in Malaga today.