PROPERTY sales in Sotogrande have bounced back following the uncertainty that loomed over the market last year with the EU Referendum, and Brexit. 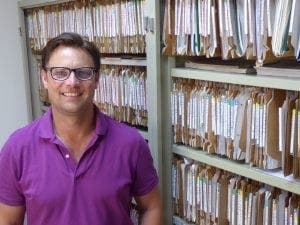 While Brexit fears and currency devaluation took its toll, Soto has weathered the storm and looks set to get back on track by the end of 2017. “We have recovered all but one of our Brexit ‘casualties’,” explains Holmes Sotogrande boss Ben Bateman. “We are very optimistic that we will end this year very well, and much improved on last year and 2015”

And the secret? Soto’s ‘casual elegance’ and unique authenticity appeals to everyone. “The British market has not pulled back as much as we expected and since May it looks like the demand from the British market is coming back strong. “But we are seeing more Scandinavians, Spanish, Belgian, Dutch and surprisingly we are seeing a significant interest from the French market.

“As southern France is becoming too expensive, the French are being attracted by Soto’s casual elegance and authenticity.” Bateman says the gentle charm of Sotogrande’s well manicured streets has a down-to-earth feel yet its upmarket nature is hard to beat.

“You can walk around in flip flops and a t-shirt and feel comfortable here, or dress to the nines and not look out of place, it’s truly a world of its own.” And once you add that to its facilities, it’s unrivalled. “Of the five golf courses in Sotogrande three of them, Real Club de Golf Sotogrande, Real Club Valderrama and The La Reserva Club are world-class championship golf courses and amongst the best in Europe” says the boss of Holmes, established in Soto in 1979, “they are in the best condition I have ever seen them.

“All in all, we are all very happy and look forward to finishing the year with strong results.” Set up by his father in 1979, Ben began working at Holmes 15 years ago. Taking the reigns in 2013, Ben’s passion for Sotogrande drives his enthusiasm towards running his business.

“I grew up in Sotogrande, and now I am bringing my family up here,” he says. “There really is nowhere quite like Sotogrande. “When describing it to someone who has never been before it is hard to portray the magical atmosphere that Sotogrande has.”

He adds: “I get so much pleasure from helping people find their homes and then watching them and their families enjoying Sotogrande for five, 10 or 15 years,” he adds, with a smile. “It is always sad when families leave, but on the bright side they have loved this place and are now entrusting us to help open the door for a new family to move to Sotogrande.”