WHAT a busy month it has been on the water!

After the spectacular TP 52 Super Series took place out of Puerto Portals, it was straight off to one of the Mediterranean’s most important regattas – the Copa del Rey hosted by Real Club Nautico Palma.

This – combined with one of the most intense Mediterranean heatwaves that we have seen for years – was unquestionably the hottest week of my life..

In cricketing terms, it would be fair to say that we didn’t really ‘trouble the scorers’, it being a new boat and a new crew from the start of the week, emphasising again the importance of teamwork in sailing and why it is such a popular team building exercise for the corporations that utilise the sport.

In spite of the sweltering heat and obscene amounts of Aquarius drunk by all on board, it was magnificent to be out there with so many amazing boats, current America’s Cup and past Olympic sailors – not to forget His Majesty King Felipe of Spain.

Talking of whom, I was pretty impressed His Majesty stayed to mix among the crowd at the post event prize-giving and pose for endless selfies with happy sweaty yachtsmen.

I cannot quite see Queen Elizabeth doing that… He is no slouch on the water either with his Olympic credentials, although would perhaps have been disappointed with his fourth place in this year’s event, having awarded The King’s Cup to himself on occasions in the past

It seems scarcely believable that it is nearly September already with an endless stream of brilliant events making the summer pass in a flash.

However, late summer also blows the klaxon for the beginning of the classic car season in Mallorca which kicks off with the wonderful Russell Stevens Memorial Classic Car Show in Palma on August 23.

I arrived on this island a little over two years ago, on the same weekend that Russell, the former manager of driving Mallorca, was killed in an AC Cobra on his way to a children’s charity event at Llucmajor racing circuit.

His contribution to the founding and early success of the club is undeniable and each year around 100 of the island’s finest classic cars meet to celebrate his life and enthusiasm.

So I suggest anyone able to come along to The Boat House restaurant and bar on the Paseo Maritimo in Palma does so, and that they will enjoy a wonderful evening of noisy, beautiful cars, great food and a wonderful event to commemorate his life.

Boat of the Week

The jewel in the crown of the Catana yard, the Catana 70 will seduce the sportsmen looking for feel and adrenaline, as much as the connoisseurs looking to embark on a long trip in total refinement. An ultra-performance cruising catamaran, with a sail plan has all the features of a racing boat, with a short mainsail which is easy to handle and a large headsail combining to give the Catana 70 unrivalled performance.

Built at a cost of €4.8m, this amazing boat is now on the market for €3m and is the only example being sold worldwide.

The only one every built to class and thus by far the best ever built – a very special example. 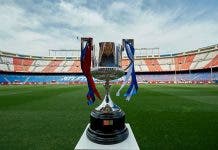 Athletic Bilbao and Real Sociedad agree to postpone Copa del Rey final until next season, in order to have fans in attendance 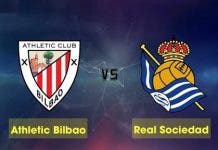 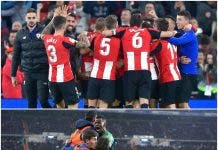