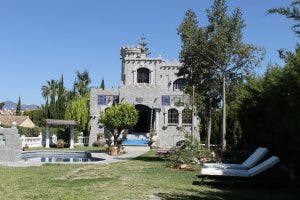 A WESTEROS-style medieval castle could be the perfect draw for Game of Thrones fans who want a piece of sunny paradise.

The property, complete with towers, gargoyles, and even a drawbridge, is up for sale on the Costa del Sol for a mere €760,000.

AIDA inmobiliaria is handling the sale of the dramatic home in Estepona, which has been likened to Casterly Rock from the smash-hit HBO series. 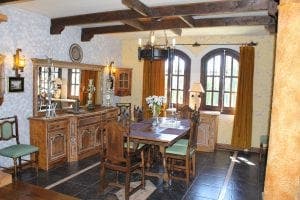 Local authorities are said to have initially refused planning permission for the project because it did not keep with the style of the houses in the upmarket residential area.

But according to Javier Flores, who is leading the sale, officials were eventually persuaded.

The property has four bedrooms, three bathrooms, a huge garage, and all of the usual mod-cons of a luxury villa, including central heating, air conditioning, and a fully-fitted kitchen. 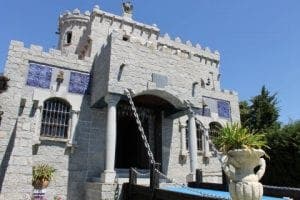 The sale includes one-third of an acre of garden complete with a swimming pool, a decorative fountain, a shadow porch, and a barbecue area.