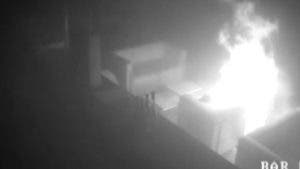 A BRITISH-hotel has accused a local lawyer of involvement in a terrifying hand-grenade attack.

The manager of Marbella’s Sisu hotel claims legal eagle Antonio Flores is linked to a midnight attack that left the hotel unable to open this Spring.

In the astounding claim, manageress Ale Valdivia insisted live on television that the boss of Lawbird legal practice – a long-time Olive Press columnist – was ‘in some way involved’. 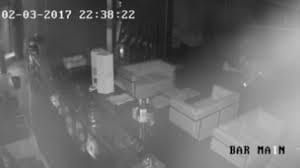 It comes after the hotel, owned by British businessman Neil Acland, released CCTV footage which shows a man dousing its interior with petrol, before lobbing in a hand grenade.

The suspect, wearing a baseball cap and bandana, is now the subject of a police investigation, that has become a national news story.

While there is no suggestion that the assailant is lawyer Flores, hotel manager Valvidia, claimed on two national TV programmes that he was behind the March attack.

“It’s ridiculous,” Flores, 45, told the Olive Press, this week. “And we are taking action for libel.”

The Marbella-born lawyer (right) insists the TV appearances, the releasing of the CCTV footage and the accusations against him are merely ‘a distraction’ from the real story.

“The owners of Sisu are clearly involved in some sort of gangland feud and are trying to bring as much attention on themselves to put off more attacks.

“The more public they are the more likely it won’t happen again.”

He added that the accusations against him stem from a legal battle between one of his clients and the hotel, which is a popular spot for football players and celebs like the TOWIE cast.

He claims that his client is the real owner of the hotel, formerly The Locrimar- where Jean Christophe Novelli used to work – and has not been paid rent for up to eight years and the case is set to go to court.

He added that police had already stated that the attack was clearly ‘gangland-style’ and fitted the modus operandi of eastern European gangs.

He said it could be connected to the fact that Marbella town hall had received 700 complaints from locals, most due to noise.

Acland and his partner however, are sure that the attacks are connected to the legal case.

Acland, a keen Spurs fan, who previously lived in Denmark, claims he and his partner have also received envelopes containing bullets and have had their tyres slashed.

He told the Olive Press last night: “We are offering a €20,000 reward for information leading to the arrest of the person in the video.”