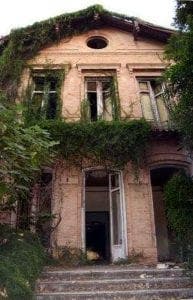 landmark Maria Barrabino house. It comes as part of a project by the town to pedestrianise its historic centre. The house, built in the 19th century, reflects the tastes of the then Malaga bourgeoisie, and still retains much of its original design and structure.

The town hall will pay €1.1 million to the heirs of Barrabino, who was a key figure in the area, and whose family still own important property there. PSOE Mayor Jose Ortiz described the purchase as a ‘great milestone’ for the city as ‘the first symbolic stone of the great pedestrian boulevard’, which has been designed by the architect Salvador Moreno Peralta in the centre of Torremolinos. He added that the building ‘treasures unforgettable memories of the municipality in different times and is one of the forgotten buildings with the most architectural value on the Costa del Sol.’ 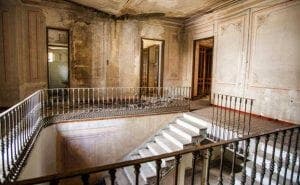 The bad state of the house has led to acts of vandalism that have damaged the hand-decorated kitchen tiles and vintage stair handrails, which are topped with carved wooden lions. Although the remodelling work is said to be complicated, the town hall remains convinced of the necessity of integrating the property into the ur- ban strategy of the town centre. This strategy includes the pedestrianisation of the Costa del Sol square, an enclave intimately linked to the story of María Barrabino, who inherited the home from her aunt, Maria Melgar,as well as the hacienda San Miguel. Architect Moreno Peralta added that the house allows us to discover ‘the origin of Torremolinos’.

Once opened to the public, the museum will tell the story of María, who donated land to the poor, assisted with the creation of several soup kitchens and helped to eradicate tuberculosis in Torremolinos. “She was a great benefactor,” added the architect. 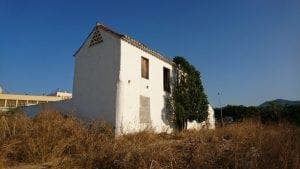 A PROTECTED Costa del Sol property is to be knocked down to make way for a petrol station. The 100-year-old farmhouse in Mijas is to lose its listed status to allow developers to move onto the prime land beside the A7 motorway.

The controversial move has angered locals and environmentalists, who had hoped to maintain the historic Cortijo de los Limones building. The former lemon and orange plantation, on the Camino de Coin, in Las Lagunas, is one of very few reminders of the area’s rural past. “Why are we losing this valuable historic building to make way for a gas station?,” asked former mayor Angel Nozal, of Mijas PP party. “There are already two petrol stations on the same stretch so it makes no sense.” He added: “It is a miserable decision as it has been an important cultural reminder of the former lives of the people who were alive in the fifties.” The decision to remove the building’s status came after the town hall, run by Ciudadanos, decided that the building had no integral architectural value nor historical interest. Town planning boss Andrés Ruiz has now started the process to modify its status. Ruiz said: “After asking the owners as well as our town planners, both parties agree that the farmhouse does not have any special feature that deserves such protection.” 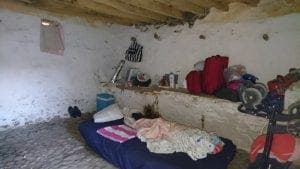 The PP party had previously planned to see it renovated and turned into some sort of museum. The petrol station will only take up 10% of the land, with the rest likely to be used for further development. Nozal pointed to the success of similar restorations of the Doña Ermita building and the old winery Don Elías.