A TWO-YEAR-OLD girl has been found in the mountains with her pet dog after going missing.

Guardia Civil officers found the toddler hidden under a bramble while her dog laid over her to protect her in the mountainous Gil Garci’a area of Avila, south of Madrid.

It came some seven hours after a panicked police call from the young girl’s father at 19:20 yesterday.

The authorities began searching immediately after the father told them how the girl and dog got separated from him during a walk.

Guardia Civil, mountain rescue, Proteccion Civil and many local volunteers were involved in the search. 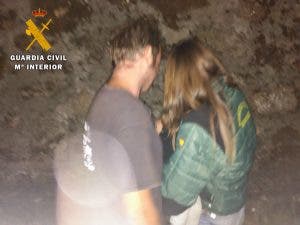 The Helicopter Unit and the Cynological Service were scheduled to join at dawn.

The discovery of the minor’s footprints on one of the mountain roads, several kilometers from the place of disappearance, gave searchers a clue.

After seven hours of searching the Chief Sergeant of the GREIM Guardia Civil of Avila and members of the SEPRONA heard the grunt of the girl’s pet and located the child huddled and asleep next to a bramble, covered by her dog.

The girl was in good health, except for a few scratches on her body, but she was transferred to the health services as a precaution. 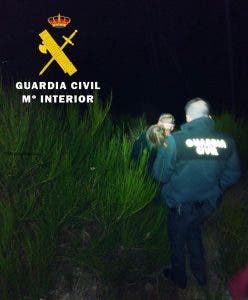 There was an emotional encounter with her parents who had been actively involved in the search.

Guardia Civil are probing the incident.

Alex Trelinski - 29 Jan, 2023 @ 08:30
A 42-year-old Alicante Province business owner has been arrested for exploiting foreign workers at his Crevillente premises. The work abuse included staff having to carry...