PALMA Aquarium has rescued its biggest ever turtle.

Volunteers from the centre are now nursing the 50kg reptile after it was landed near Cabrera.

The turtle, which staff have named Tano, is believed to be male.

“He sure is a big boy,” Palma Aquarium director Deborah Morrison told the Mallorca Olive Press.

“Although he his not eating at the minute he showed some interest in some sardines this week so I think we can save it.

“He had a massive cut on his front left flipper and was all tangled up in ropes and nets. We sent two people out on the rescue to Soller.

“One of them was a really petite volunteer and Tano was heavier than her.”

The team have also recently been in a drill involving a fake shark at Can Pastilla, after two sharks were seen swimming near the beaches nearby this summer.

“For the last two years we have had sharks and it’s important to educate people about them,” explained Morrison.

“The reaction of the people this year was very good and beachgoers ended up forming a line to help us.

“Previously animal rights activists were threatening to sue even though the sharks had heavy metal poisoning.”

Palma Aquarium´s Recovery Center for Marine Fauna is a service managed by the Consortium for the Recovery of Wildlife of the Balearic Islands (COFIB), an organisation which belongs to the Local Ministry of Environment, Agriculture and Fisheries” 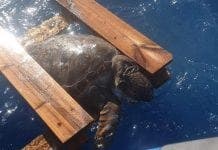 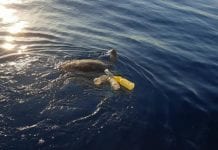 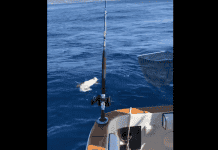 Isha Sesay - 21 Feb, 2020 @ 14:20
The ‘mastermind’ behind Mallorca’s biggest real estate swindle has finally been hauled back to the island after first being put behind bars in Madrid