He was taken to the elite medical centre Clinica Country in Bogota.

But the male consultant who examined the star, ‘asked him to put his pants down and began to touch’, according to lawyer for Vidal Daniel Mendoza.

Mendoza said Nacho was ‘a little surprised’ and had an erection because ‘Nacho is Nacho’.

Another doctor told Vidal that at no time did his genitals need to be touched.

“That’s when Nacho was outraged,” said Mendoza, leading the star to file a suit for sexual abuse last week.

The private clinic said the doctor has been suspended while it carries out its own investigation. The doctor has denied any wrongdoing.

It added that the patient responded well to the treatment, ‘which he attended with a companion’. 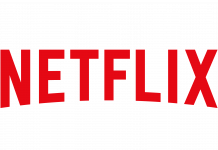