YOU can certainly hear the influence of Spanish guitar just wondering the streets of atmospheric Ronda. 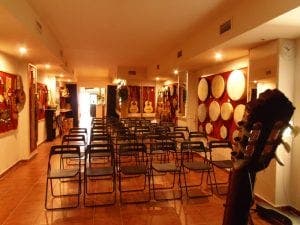 The air is frequently thick with the pleading sound of authentic Spanish guitar and it is no surprise to learn that a few famous flamenco rhythms come from the city, while one local musician Vicente Espinel apparently invented the first five-string guitar.

“There’s no institution that validates the quality of music played on the street. It’s just a feeling of freedom,”explains guitarist Paco Seco, who moved to the town with his English wife Lucy a few years ago.

Originally from Sevilla, the internationally-acclaimed musician has toured the world with his unique fusion of classical and flamenco guitar. The father-of-three has his own band and with his wife launched the successful Ronda Guitar Festival in 2016, bringing in musicians from as far and wide as Italy and now Costa Rica. 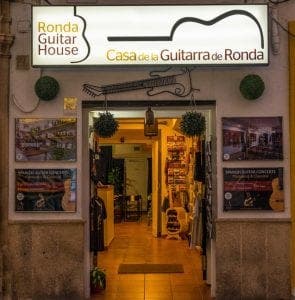 The pair are doing a great job for the town, showing off an amazing collection of instruments, mostly guitars of course, plus a nice mix of CDs and other excellent wares at their centre on Calle Padre Mariano Soubiron.

They also have a nightly live session from 7pm, which is anything but your cliche touristic flamenco event. During the hour-long show Paco cleverly explains the history of Spanish guitar, playing up to half a dozen different instruments and in numerous styles. His own compositions – a kind of flamenco fusion – are inspired and he could easily sit alongside the likes of Andres Segovia or Paco de Lucia when it comes to fast-moving fret work.