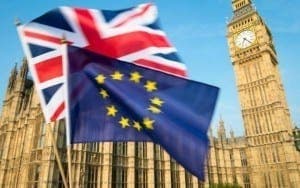 A SPANISH source close to the Brexit negotiations has said Gibraltar is heading towards and abrupt exit from the single market.

According to the senior government source, the British government has failed to offer any proposals on the future of the Rock.

It comes after the EU shocked London in its April guidelines, which insisted the territory would be outside any future trade deal with the UK unless an agreement on its status was reached with Madrid.

But, the source, speaking to the Guardian, complained that there have been no proposals from either the British government or the government of Gibraltar on the future of the territory, over which Spain has a longstanding territorial claim.

Spain believes Gibraltar will now fall out of the single market on March 29 2019. 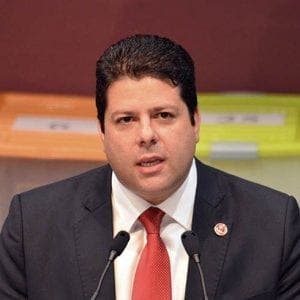 Chief Minister of the Rock Fabian Picardo, has previously suggested that a hard Brexit would pose an ‘existential threat’.

The Spanish government source said May’s government seem to be prioritising other issues.

“I think the situation with Gibraltar is crystal clear,” the source said. “Gibraltar became associated with the EU project because of their dependence on the UK. This is going to stay until March 2019. In 2019 when the UK leaves the EU, Gibraltar will leave with the UK.

“This is what we are telling the Gibraltarians, ‘If you want to have your existing status, you will have to talk with us’.

“And I cannot understand why Picardo has refused to do so. I think in the past he has played very hard on the other side. But reality arrives.” 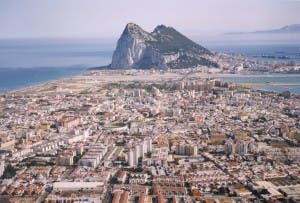 Theresa May vowed in October that she would be fighting for a deal that ‘works for Gibraltar as well as the United Kingdom’.

Her commitment came after concerns in the House of Commons that Downing Street was willing to abandon the territory in its effort to secure an EU-UK trade deal.

Clare Moody, the Labour MEP for south-west England and Gibraltar, said: “The UK should be insisting that the transition period is a continuation of all existing terms, including for Gibraltar, before the future relationship [with the EU] is finalised.”

The Gibraltar government refused to comment ‘on what unnamed Spanish sources are alleged to have said’.

Madrid has also hit out against claims by the Brexit secretary, David Davis, last week that Spain was keen to move on to trade talks.

“It is amazing how the British misread us,” the source said.

“Almost as if we speak a different language. They come to us, we say: ‘We will see what we can do.’ But it means nothing.”

The source added: “When David Cameron came to Angela Merkel and said: ‘We must stop [Jean-Claude] Juncker being commission president,’ she said: ‘We shall see what we can do.’ It meant nothing then as well.”

“The Foreign Office is very good – at least, they used to be very good – but they come to see us on any other issues and they would understand we are favouring their position when it wasn’t the case,” the official said. “I get the impression that when the British and Mr Davis come to see us and we say: ‘I will see what I can do,’ he makes a positive interpretation.”

“We are sticking behind [Michel] Barnier [the EU’s chief Brexit negotiator],” the source said. “We want a deal. We think you took a decision, you stick to your decision and you should leave in 2019. And we want a fair deal. That’s all. But we will stick to Barnier. We will not find other ways out of it.”