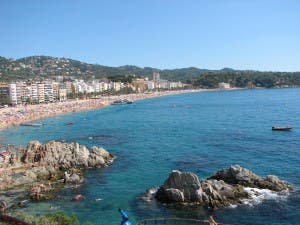 THE Costa Brava is seeing a resurgence of young millennials flocking to its sandy shores.

It comes as holiday bosses at Thomas Cook say retro destinations are making a comeback and that their popularity is set to boom next summer.

“Next year we’re predicting that Malta, Madeira and Costa Brava will catch the attention of holidaymakers who perhaps didn’t think they ticked the right box for their needs.”

He continued: “From Michelin star restaurants in Costa Brava to music festivals in Malta and outstanding natural beauty in Madeira, these retro destinations really will challenge holidaymakers’ misconceptions.”

Costa Brava first became a hotspot in 1949, when sunseeking Brits travelled by steamer and rail.

It reached the height of its popularity in the 1970s and 1980s, and the budget destination soon became famous for boozy Brits and cheap package deals.

It soon fell off the radar and led Thomas Cook to cease sales there in 2009.

But due to a revamping of hotels and the opening of several Michelin starred restaurants, Thomas Cook says Costa Brava will return to its golden age.

It says: “Word is also spreading about Costa Brava’s ‘foodie’ appeal – it has the highest concentration of Michelin star restaurants in the whole of Spain, and is host to El Celler de Can Roca, twice ranked as the best restaurant in the world.

“As the biggest exporter of wine across Spain, budding sommeliers will not be disappointed and can visit one of a number of wine festivals that take place throughout the year.”