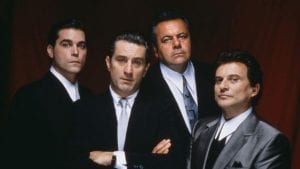 AN ‘important’ Italian mafia leader has been arrested on the Costa del Sol.

In cooperation with Italian cops, Policia Nacional picked up the suspect in Benalmadena in a raid last week.

Thought to be a leading member of the Calabrian Mafia, the suspect, referred to only as C.P, is wanted in his home country for international drug trafficking.

Born in Caulonia in 1948, the gangman is facing 24 years behind bars.

He was arrested at pizzeria in Benalmadena on November 21 at 11pm.

Some 12 other associates were also arrested simultaneously in Italy.

The operation started back in 2012.

The boss picked up on the Costa del Sol was part of a criminal organization dedicated to international trafficking of large quantities of hashish and ‘had weapons available.’

It comes after his brother was arrested for the same crime on June 10, 2014, also in Benalmádena.

The brothers remained in touch, and were able to advise and update each other on the business.

The brother arrested last week was also in charge of collecting and distributing the drug money.

The detainee is being held in Madrid before being extradited to Italy.

Simon Hunter - 1 Dec, 2022 @ 18:00
DECEMBER 1 marks a full seven months since residents of Spain who hold a UK driving licence have been unable to legally take to...