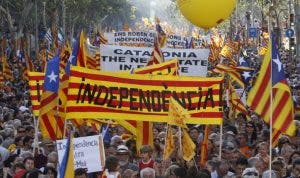 SPANISH retail sales fell for the first time in over three years in October, with sales in Catalonia dropping sharply after its independence referendum.

The vote prompted a standoff with the central government, which then took control of the region.

The crisis hurt many of Catalonia’s economic sectors in October, with car sales, job creation and hotel-stays all underperforming the rest of the country.

Almost 3,000 companies have moved their legal headquarters from the region since the vote.

Spanish retail sales fell 0.1% in October from a year earlier, after increasing by a revised 1.6% in September, the National Statistics Institute said.