A MISSING Spanish masterpiece has turned up in a Welsh castle.

The 17th-century portrait of an austere-looking Spanish writer had been hanging in Penrhyn Castle for nearly 150 years, unvisited by art experts and assumed by the National Trust, which owns the castle, to be of no great value.

Sevilla art scholar Benito Navarrete Prieto travelled to the castle on a hunch that a painting assumed to be a copy might just be the real thing.

Now Prieto has established that the artwork was indeed a lost masterpiece by Bartolomé Esteban Murillo, one of Spain’s great painters.

It is a major event for European art: there are barely a dozen known portraits by the artist and those few that do exist are worth millions.

“It is an absolute masterpiece,” Prieto said. “Magnetic.”

Transported from Penrhyn, the portrait will be the centrepiece of a major exhibition on the artist at the Frick Collection in New York, before transferring to the National Gallery in London in February.

Mother and toddler left homeless after violent drug-taking squatters take over flat in Spain’s Andalucia and police ‘do nothing’ as ‘okupas’ and drug mafias... 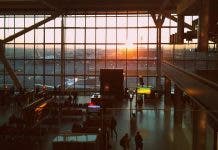