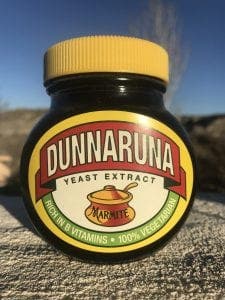 I would like to introduce myself – dunnarunna, because I have. Myself and my family have escaped the clutches of the UK and hopefully you will enjoy my insights to living in a cave and doing it up as well as thoughts that come into my mind as I bounce along. But where do I start?

Then it came to me.

I woke up early, again – did the usual. I trawled the online papers, read and deleted the superfluous emails that have not progressed my day one bit, then finally came round to Facebook and found this – Refillable capsule. And for me it captures what I hope my blog will be about.

So, let’s just think about this for a second. A plastic refillable Nespresso capsule…Isn’t that what the machine or Mokka coffee pot you threw out, and replaced with your Nespresso machine,  used to do? What next, buy a tank and replace the tracks with wheels so you can drive it to the shops?! Another completely useless gadget sold to improve another completely useless gadget which replaced something that worked quite well, but didn’t have Nestle on it.

I could expand on the list, my Iphone headphones that now need a separate  attachment to fit into my Iphone they came with as Apple in their wisdom decided no longer to offer a headphone jack. Cars with so many safety systems and knobs that you spend half your time looking down as to why the car is now beeping at you. Headlights so bright you are dazzled constantly and rear light so intricately designed I spend half my time wondering what patterns or messages I am meant to be getting from them. Amazon Echo, enough said. A plastic, microwaveable egg poacher for a healthy breakfast…Really?!

And this is why I am here today. Having been an advocate of all things modern and technologically advanced, I came to realise that all that was happening was my life was getting more complicated in some kind of weird Ponzi scheme/daily treadmill that would only stop if I died, or moved.

I am not dead, but I do now live in a cave in Andalucia, Spain, in my mid forties, with four children. Two of which have left home, two of which are with us here.

Back in March 2016 I was working from home, in the UK, and in the background had the TV on. One of those programmes came on, ‘A place in the Sun’,  I think. Anyway, whichever one it was, there was someone looking at cave houses in Andalucia – and you could pick up a three or four bed house for €30,000. It looked amazing, so I decided to do my own research.

Not that I had ever even dreamed I’d actually end up buying a house here, I set some criteria all the same. Well, what else are you meant to do when working from home, washing up, pick up the kids? I don’t think so. I didn’t want to be too close to the sea, too expensive, too touristy, too many Brits etc, but I did want to be close to water. Maybe mountains, close to a village, at least four bedrooms, a pool would be good, but a pain to look after I have heard… Well, in Spain there are/were plenty of inland lakes for irrigation and so I started looking around, on the net.

So what was I thinking? Well, Tanya had always said that she wanted a holiday home in the sun – that is all the encouragement I needed, a flew to Spain. I prearranged to meet two estate agents over days days, two different areas. I would drive up the coast from Malaga to Mojacar were I would stay in a beach resort, then drive inland to meet the agents. That way I would get to see some of the coastline and checkout a beach resort as well as see the houses inland.

I got to Malaga and picked up my Fiat 500, which I grew to loath, and headed up the coast. My heart sank as I drove with the sea on my right and to my left, an equally large sea of plastic. Huge swathes of poly tunnels boarded by rising hills on one side and the road I was on, on the other – what have I done? This is a mistake. I arrived some hours later in Mojacar.

My hotel was a huge white elephant with about three cars parked outside. No doubt heaving with activity during the summer, but not the case in March. I walked the vast reception and checked in, then walked at least 200m to my room, past the empty pool. It wasn’t quite what I had in mind. With my evening meal booked in the hotel, I had a few hours to kill, so off exploring I went. It would have been better sitting tight, all was firmly closed.

Down to supper I went. I had imagined, actually I have no idea what I imagined, but it wasn’t this. A dining room the size of a football pitch rammed with people, two huge buffets one hot, one cold – there must have been 200 people there. Where they all came from or had been hiding, I have no idea! But rammed it was and I self consciously ate my dinner alone.

Next morning I drove to Albox to meet my first agent. I could not have been more depressed when I first drove into town. Cold wet and miserable and with everything shut, it looked like a ghost town. And the properties I saw were not much better, but they were cheap! I came away having seen about fifteen properties concluding I had got this wrong, very wrong. Spain wasn’t for me.

I drove back down to the coast, made it for the buffet, and went to sleep, wondering whether I should bother driving to tomorrow’s appointment two hours away in Galera. I met Shaun, a bubbly Brit who then sent me off with one of his colleagues to explore the area around Baza and Embalse de Negratin, a lake. My spirits lifted, though I found it hard to follow where I was, but we saw some better properties.

I noticed that my budget had gone up and was now hovering around double what I had originally planned, no surprise there then. Still, nothing had bitten me, nothing I felt would make a good holiday home or good Airbnb property.

It’s the classic isn’t it. Last property, just about to go home and there it was. It was huge in comparison to everything else. A labyrinth of caves and I thought I had seen it all, an outbuilding, a huge fireplace, two kitchens, eight bedrooms, a garage for a tractor, then the agent said – shall we go upstairs?! To top it off it had a river, great views, a long driveway and a bit, but not too much land – I went and saw it again the next day and made an offer.

When I got home, I confessed, but to make up for not consulting Tanya, I offered to buy her a flight and look at it herself – she so wanted not to like it, but she did too, so my hasty decision paid off!

Now we are in April 2016. And we are in the process of buying the house. We had been advised to use our own solicitors (Madrid) rather than local ones – no vested interests, so we did. I justified what we were doing on the basis that the house was cheaper than a two bed flat in Margate and surely would rent well as an Airbnb thing.

At this point I should mention that buying the house was a slight diversion. We were intending to leave England and move to France, to the Alps more specifically. We had planned to leave in July, for France leaving our two older boys in the UK and us and the two smaller kids to go and be ski bums.

But we were only ever going to live in a tiny two bed chalet and we were going to have to give away or try and sell our furniture from our house in England – now we could keep our furniture as long as we could afford to get it to Spain!

The plan was to pack up in England, get Osher settled into Uni, Max into full time work, drive over to Spain with our two cars and a jetski, followed by a removal lorry with the bulk of our stuff, spend the summer tarting up the cave to then start renting out as a holiday let and at the end of the summer move to France where the kids were enrolled in school…

However, we ended up staying. My plan is to update you with what happens next as we attempt to do up our house, learn the language, bring up two kids, survive financially and deal with bureaucracy and anything else that crops up – I look forward to your feedback and comments – thank you for reading.