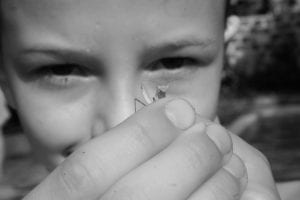 I have made it part of my DNA of life to try and avoid the conventional. Early on in my working life I worked for a brief time in a very corporate company. I could never understand the jargon people spoke in the office, then out the door down the pub, a completely different person!

So I shunned the career jobs and executive packages and ploughed a path of new starts and reinventions. Interspersed with not following a career path as such, meant a lot of traveling and probably a lot of work – it is harder than it looks to live the dream. But as I packed up and moved onto new adventures and my friends wished me well again, increasingly concerned, there is always one thing you cannot escape – bugs.

When we arrived in Spain, out of all the things I was worried about, the car making it, the house actually owned by us before we arrived, running out of money, speaking Spanish, the exchange rate, the other English, the kids, where to put my rubbish, the emergency service number, Sun cream, the heat, what wine to buy, what wine not to buy, the one thing I never thought about were bugs.

Never having been prone to exaggeration, I kid you not, had I known there were Scorpions in Spain, I might have looked at this move completely differently. Had I known I would find one in the house…

And it is not just Scorpions baying for your blood here. We have wasps with a stinger so heavy and laden with venom that they can barely fly under the weight, so their legs dangle down. Spiders so cruel that even though I thought we were roommates, sharing the space, at night they sneak under the covers and bite without asking. And snakes?! I have heard horror stories that people have been digging their cave houses and to find the snakes coming out of the walls – what kind of torture chamber have I moved to?

My fear of Scorpions has in my mind, stemmed from a perfectly justified chain of events. Bournemouth beach, circa 1978, I am probably still wearing my union jack socks bought especially for the Silver Jubilee, I step into the water and something pinches me. Now, in hindsight, it was unlikely to have been a crab and more likely a toe stubbing, but at the time from then, the sea was a source of fear – crabs taking toes and anything else loosely attached to my body.

It is the movement of Arthropods that I do not like, always ready for action and always dressed in Armour, to fight. Never a day off. Blue Peter and those bloody Tarantulas, why would you have them near you? I was nearly thirty before I dared go to Australia and within minutes of moving into a squalid two bed cardboard house in Sydney there it was. A poster on the fridge with life size pictures of the top twenty most venomous ‘things’ in Australia. The very reason why I never wanted to go there, on my fridge to remind me.

And they all seemed to be living extremely close to where I was right then. If I cleaned my pants, they would be waiting for me in my pants when I collected them off the line, they would be under my loo-seat after I had soiled my pants looking at the poster in my kitchen or they were right next to the back door (next to the fridge), in the woodpile I had to walk past to get to the washing machine to clean my pants. It was a living hell. I could not wee, wash, get warm or go out.

So my fear is more than justified. I think my family’s response and heartless jibes are quite frankly, childish and brutal. My wife stands over me making claw hands while screaming like something out of the ‘Shining’, then to really dig deep, she takes one of her hands puts it behind her back and over her head and jabs at the air, like a Scorpion tail while screeching at the top her voice.

It is unbelievable and I have to say, quite terrifying on a number of levels. To watch someone you love create such an evil apparition that she clearly taking time to think about and then to repeatedly perform this dance, is one thing. To then scream with laughter as my face goes pale as I look up at the woman I love taking sadistic pleasure at my weaknesses, is quite another.

Back to Spain, we arrive in the heat of the Summer and we are melting. Half dressed and half demented with heat exhaustion as we try and put the house together, our neighbour laugh at our efforts. We ridiculously push through the afternoons while the rest of the world sleeps the afternoon off. Our neighbour periodically pop round fully dressed in jeans and heavy boots and notice our bare feet –

As loco is about the first word in Spanish I learnt having heard it so many times in my first few days and scrambled for ‘Google translate’ white with fear with what I was about to discover. I wanted to run, like this guy, with the news. But I shut it out of my mind, justifying my actions by assuming that my neighbours were pulling my plonker.

Then it happened – one of the kids comes bounding up to me and announced that they had caught a Scorpion, not just in the house, but near our bedrooms, holly Molly, I could barely breath. My wife had caught it and was being way to matter of fact about it – something to do with growing up in Africa I believe. But there it was, in an upturned jar.

The upshot of all of this was my worst fears had reached within 5 meters of my sleeping head, in my own home. Not since I used to jump into bed halfway across my bedroom as a kid, to avoid the monsters under my bed, had I inspected my room for fear of Scorpions. Every shoe shaken and tipped – screaming at the kids for going anywhere in or out of the house without footwear – I was not taking this well.

I lay wake at night nervous of any noise or crease in the duvet, we even bought a UV torch as UV makes Scorpions glow in the dark. I plugged as many holes in the house as I could, but even I knew this was a losing battle.

But there is happiness at the end of this – we have never seen another Scorpion. And I have laid my fear to rest that it was one off and the Scorpion we saw probably had been living in our house for the twelve years it had remained empty – and in fact was on his way out when we saw him and he was scared out of his wits as we looked at him through his glass aquarium we had placed him in. And it turns out that wasps are not all bad, they eat stuff I wouldn’t. I still shake my shoes though, but more likely, so not tread on Lego.

Holiday lets? It will never pay.

Introducing myself as dunnarunna – because I have.