A PAINTING by Spanish artist Picasso has smashed estimates to reach the highest auction price paid for art in Europe in pounds.

His portrait of Marie-Therese Walter, created in 1937, sold for £49.8 million at Sotheby’s London on Wednesday evening.

It was the first time ‘Femme au Beret et a la Robe Quadrillee’ had gone up for sale, having previously been part of a private collection.

Walter is known to have been Picasso’s long time lover and is often referred to as his golden muse.

Bought by art acquisition firm Gurr Johns, it will join two other Picasso pieces which totaling £22.8m, including Le Matador which cost £16.5m.

Le Matador, painting during the end of this life, depicts himself dressed as a bullfighter. 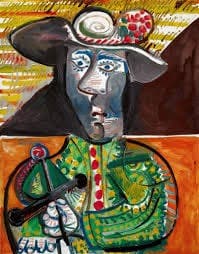 Alex Trelinski - 24 May, 2022 @ 18:00
SPAIN'S cabinet has approved plans to spend €12.25 billion over five years in developing the country's micro chip and semi-conductor sector. The investment has gone...