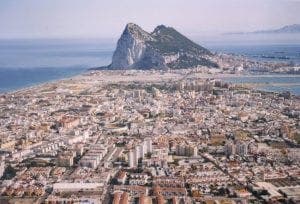 THE Government has refused to consider changing a law, which is forcing women to travel abroad for abortions.

It comes after a woman’s group launched an appeal to overturn the ‘draconian’ law, which is the strictest in Europe.

Currently, any Gibraltarian – plus anyone assisting her – faces LIFE imprisonment for terminating a pregnancy.

Under Section 16 of the 2011 Crime Act a pregnant woman ‘who, with intent to procure her own miscarriage… is liable on conviction to imprisonment for life.’

The Gibraltar Women’s Association believes it is now time to change the law.

The group claims to know of many women who have suffered physical and mental health problems after being forced to travel to Spain for poor quality operations.

The women then return to the Rock, keeping their terminations secret and not seeking further medical care over fears news of their abortion will spread.

Its members believe it is forcing many women to have abortions in Spain, or worse, undertake backstreet procedures on the Rock.

“Migrants and refugees are particularly vulnerable as they are unable to attain visas to go to Spain,” said spokeswoman Anne-Marie Struggles, 51.

FIGHTING FOR CHANGE: Anne-Marie and Tamsin
1 of 2

She and her colleague Tamsin Suarez are now fighting to reverse the law and raise awareness of the issue with the UN.

It comes after they discovered that only three other countries in Europe (Poland, Ireland and Malta) ban abortion and all are in talks with the UN to decriminalise the act.

Ireland is also about to hold a referendum on the issue in May.

“We however are the only nation in Europe who the UN are not working with,” Suarez said.
“They might think we have the same laws as the UK but in fact we are very different.”

Suarez and Struggles are vehement their group is pro-choice, not actually pro-abortion per se.

They believe it should be up to a woman to decide what to do with her body.

“The criminalisation of abortion leads to discrimination and infringes on women’s dignity,” Struggles told the Gibraltar Olive Press.

“There is a lack of women’s rights in Gibraltar and it’s a very conservative place.

The pair say they want to separate religion from the state and allow women the final say on their bodies.

“The Catholic church lobby on abortion as they did against gay marriage a couple of years ago. It is wrong.”

The assocation is now set to write to the UN to plead it opens dialogue with the Gibraltarian government over the issue.

It will present its findings to the government next month.

When contacted this week the government refused to support any reform of the law.

“Abortion other than in certain, defined, medically certified circumstances, is illegal under Gibraltar law,” a government spokesman told the Olive Press. “The Cabinet has not considered changing this policy.”