THANKS to the ‘Beast from the East’ the weather in Spain over the last week or so has been far from ideal. 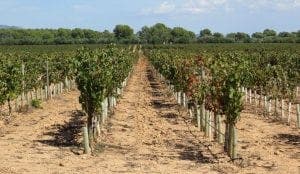 Thankfully however, the worst is soon to be over and come March 20 Spring will officially have sprung.

So to celebrate the changing of the seasons and the welcome return of the sun, here are three wines you need to try while sitting by the pool (or just on your sofa).

Also known as Prensal blanc, this variety grows on the Balearic Island of Mallorca.

Relatively unheard of on mainland Spain, it represents about 70% of the white grapes planted on the island.

Viniculture was introduced to Mallorca by the ancient Romans in 121 BC when Quintus Caecilius Metellus Pius claimed the island for Rome.

The wines grew to enough notoriety that Pliny the Elder wrote about them.

Production continued even throughout the Moorish dominion and when King Jaume conquered the island in 1230 he was famously offered wine as a peace offering.

Before the arrival of phylloxera, a louse that kills the vines, around 27,000 hectares were under vines producing exports of 300,000 hectolitres a year.

After the devastation most vineyards were replaced by almond trees, reducing the area of vineyards to 5,000 hectares, however a revival is now well and truly underway.

While not particularly aromatic, quality bottles give aromas of green apples and almond. Look for Binissalem-Mallorca DO on the label, which over the last decade has consistently produced wines rates as very good or excellent.

Perfect matched with a mild-flavoured fish drizzled with lemon. 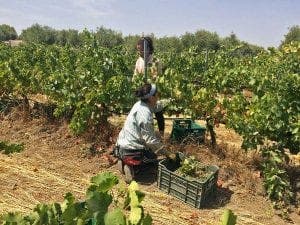 Despite evidence dating production back to the 11th century when many monastic orders accepted King Alfonso VI offer of land titles to new settlers, and therefore cultivating vineyards, little was heard about the region till the 1970s.

Step in Marques de Riscal, one of the oldest wineries in Rioja. The company saw that Verdejo, the grape variety, would be a great Spanish alternative to the increasingly popular Sauvignon Blanc and Chardonnay.

Major investment was ploughed into the area by Riscal and as a result official DO status was acquired in 1980. Today there are now over 1,500 growers and 62 wineries.

Wines labelled Rueda Verdejo must have at least 85% Verdejo while just Rueda will usually contain 50% Sauvignon Blanc and another variety.

Slight tropical fruit and fragrant citrus notes can be picked up on the nose, while the palate offers a full bodied wine.

Its high acidity means it is the perfect accompaniment to other match well will other acidic and punchy foods. 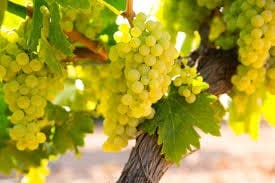 The history of Godello is somewhat unclear, made even harder by its numerous synonyms. It is thought the first official written reference to the grape was in 1531 under the names Agudelho and Trincadente in the Douro, Portugal.

Grown in both Spain and Portugal it is thought to originate on the banks of the Río Sil in Galicia, and similar to Verdejo faced near extinction in the 20th century with only a few hundred vines remaining in the 1970s.

Possibly something to do with the small-sized grapes and tightly packed bunches, which in the damp and cooler conditions of Galicia are particularly sensitive to rot and mildew.

It was bought back from the cliff each by an enthusiastic team led by Horacio Fernandez and Luis Hidalgos, and now boast over 1200 hectares in Spain and 970 hectares in neighbouring regions of northern Portugal.

Expect a variety of aromas and flavours come through on the nose and palate, from apples and pears to blossom and honeysuckle and even limes and grapefruit.

Full bodied, medium acidity with a distinct minerally back bone, it is best paired with shellfish such as scallops, mussels, clams, crab and oysters.